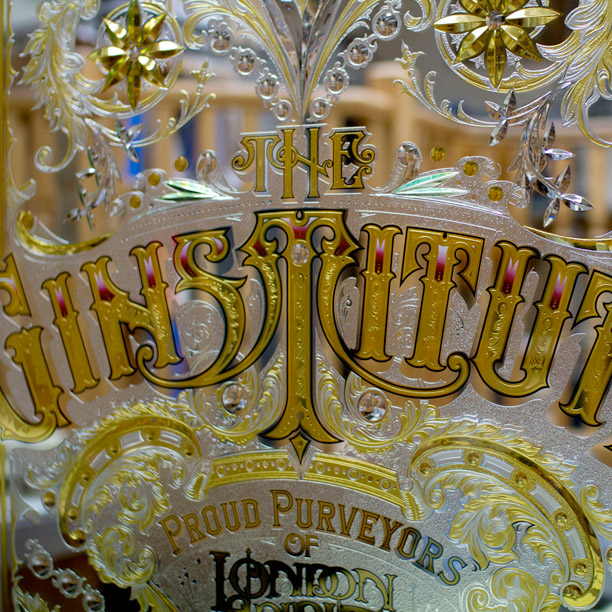 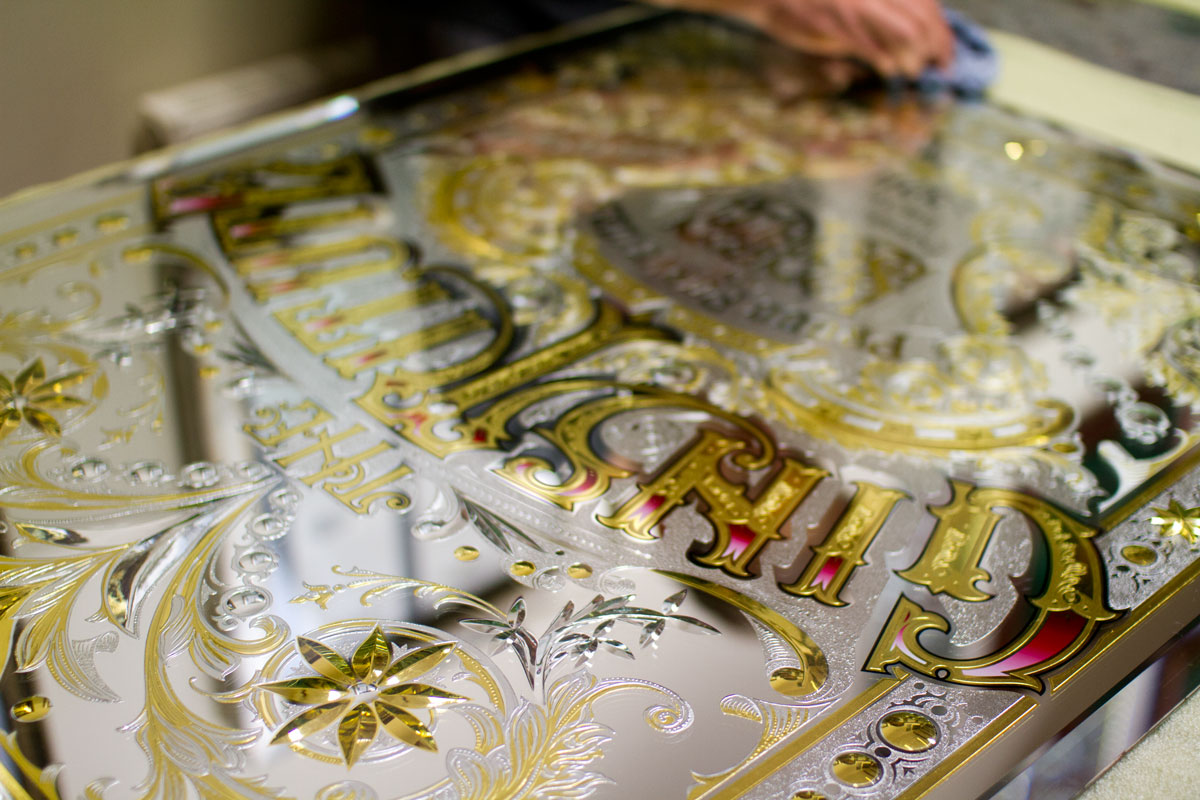 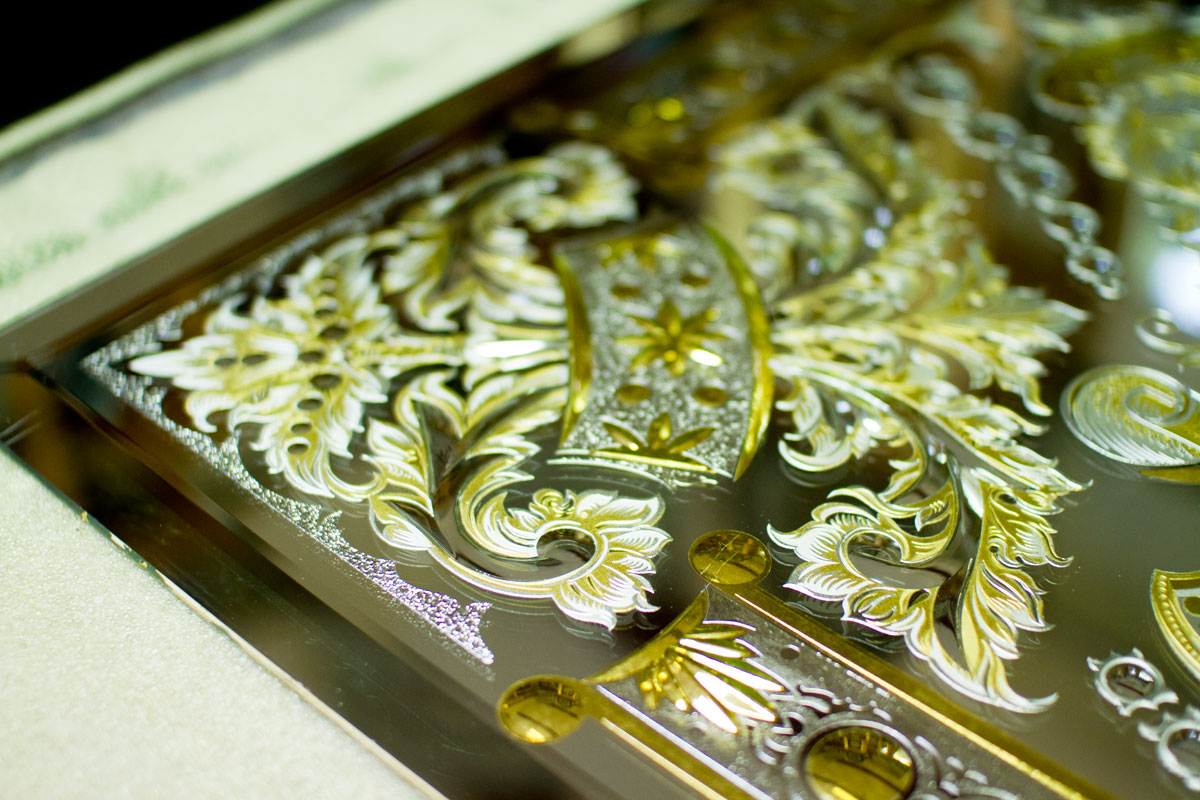 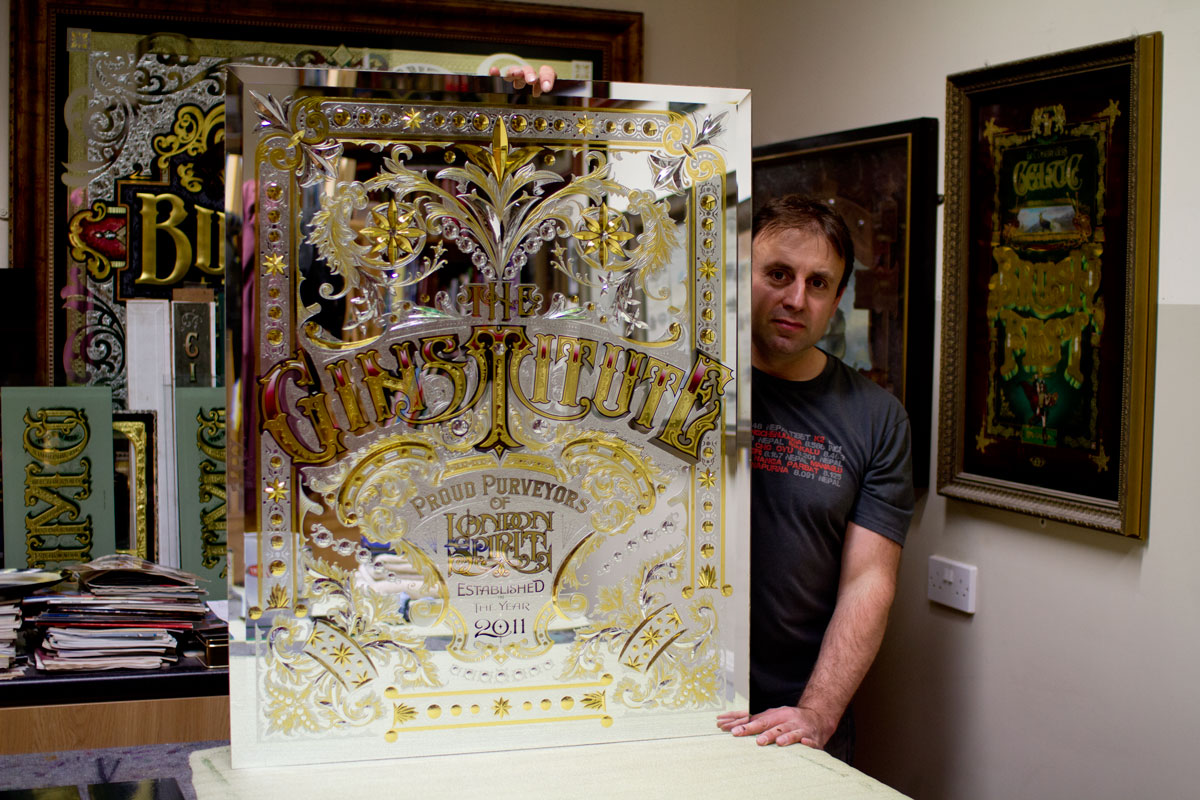 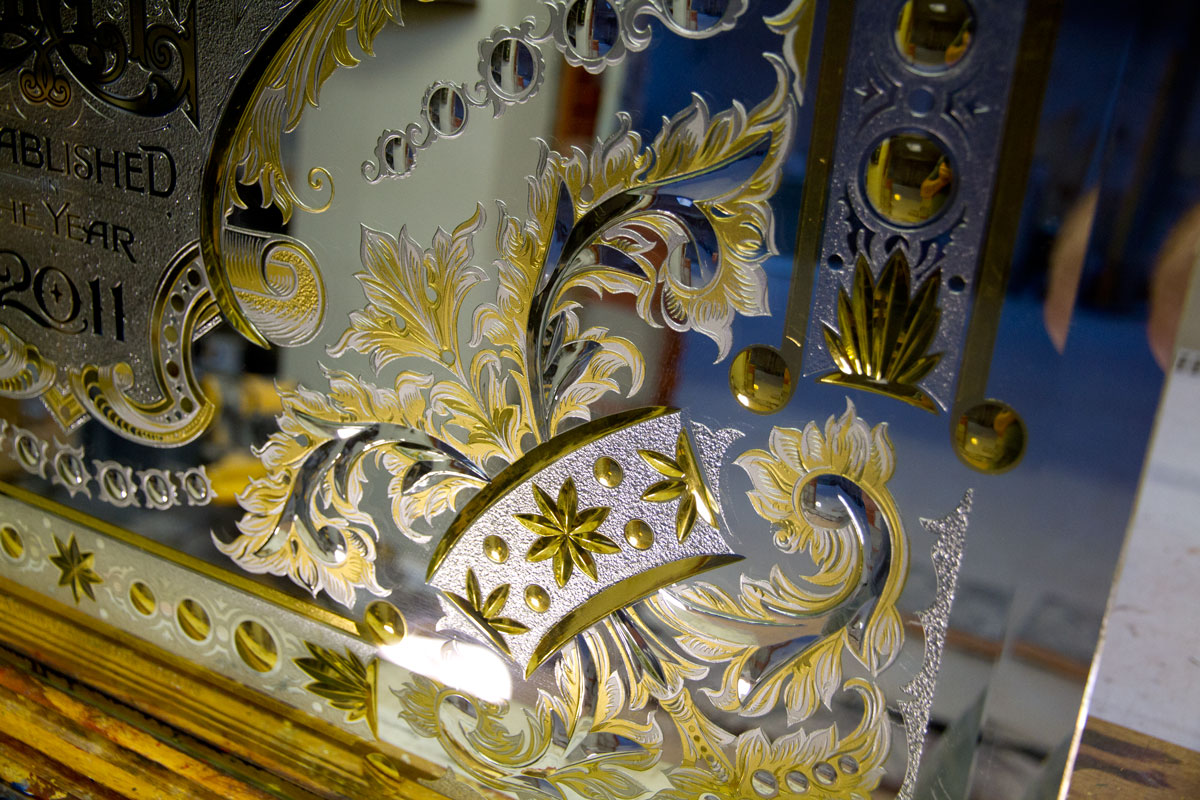 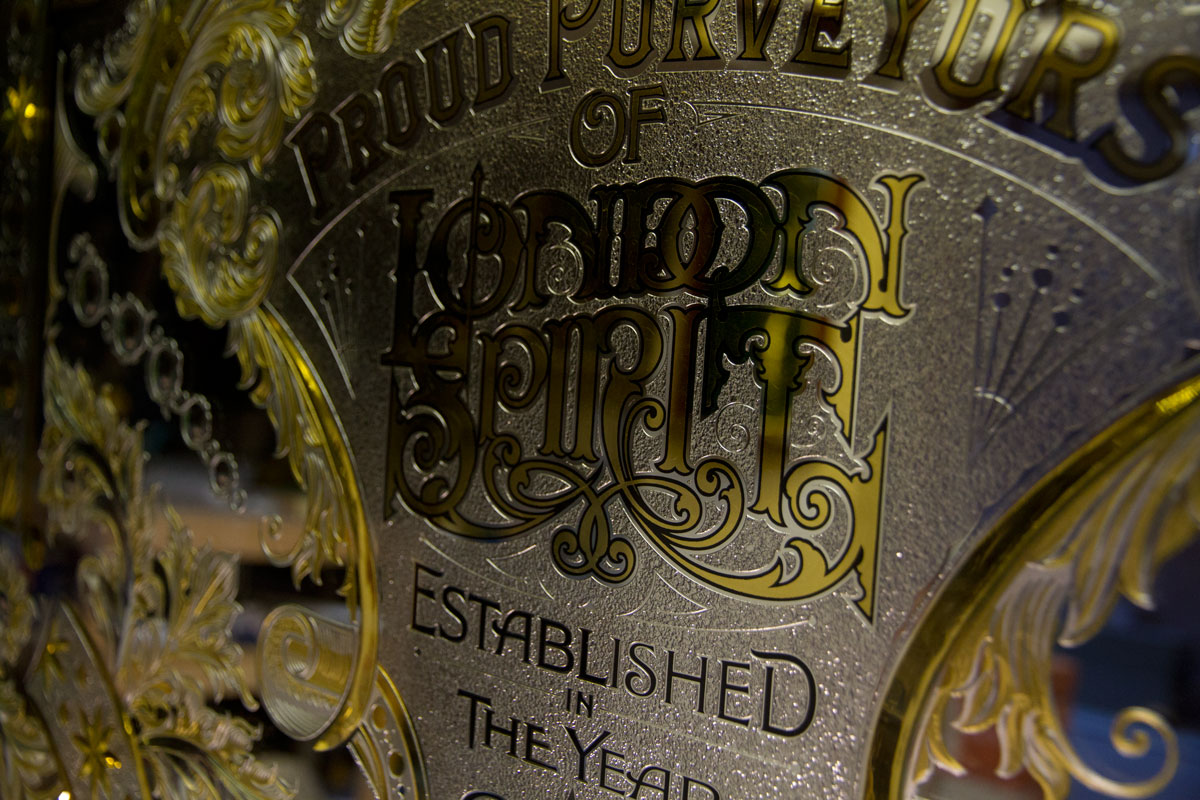 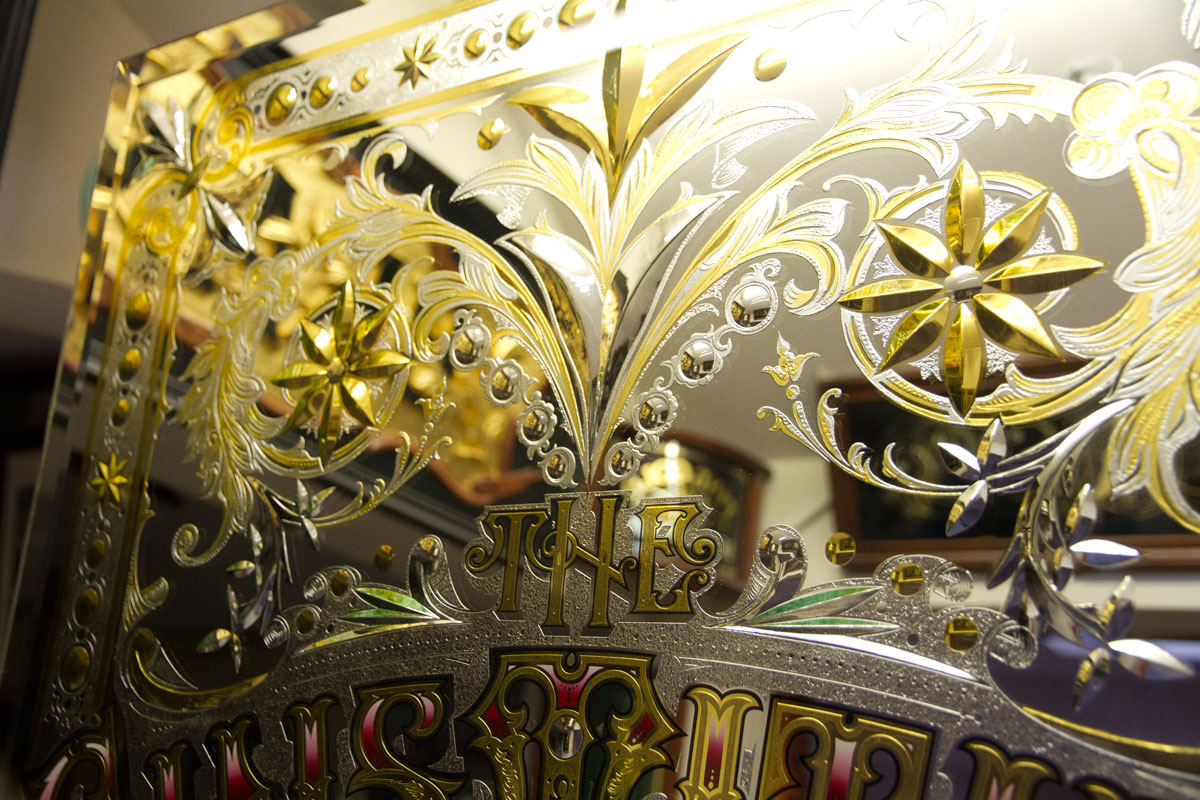 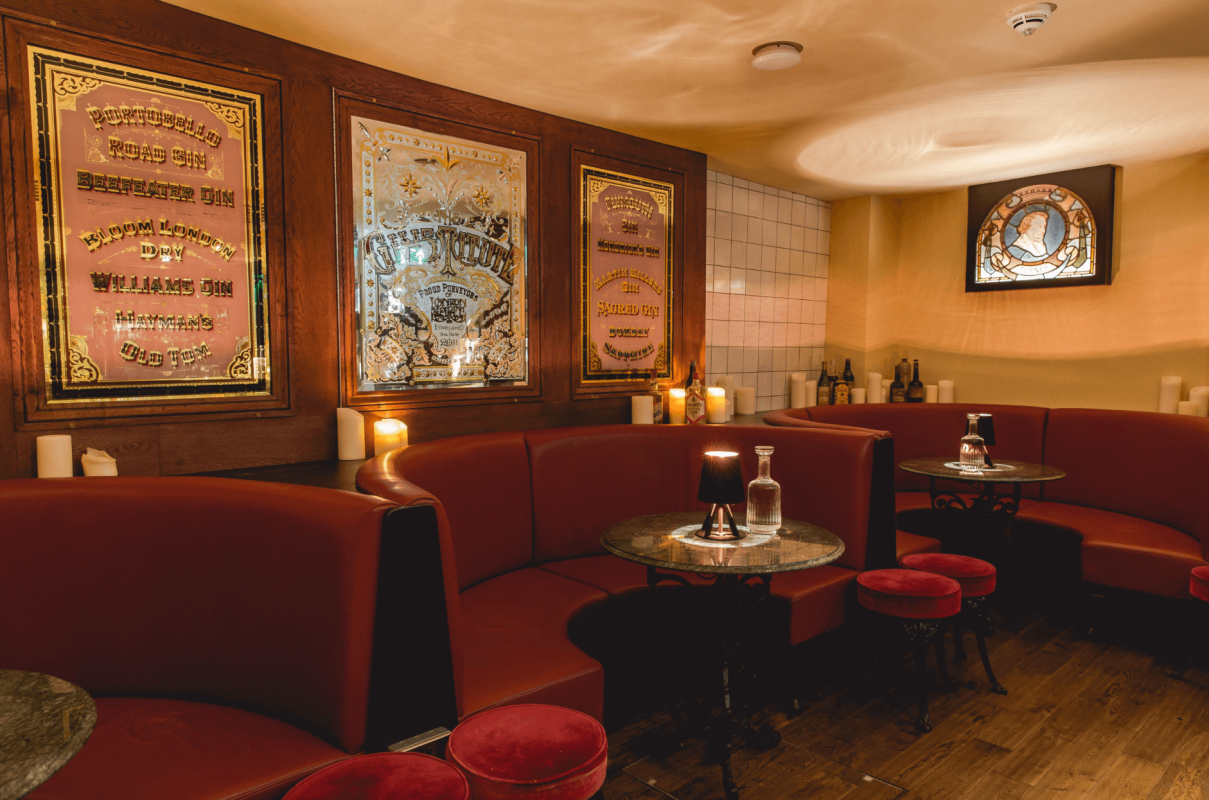 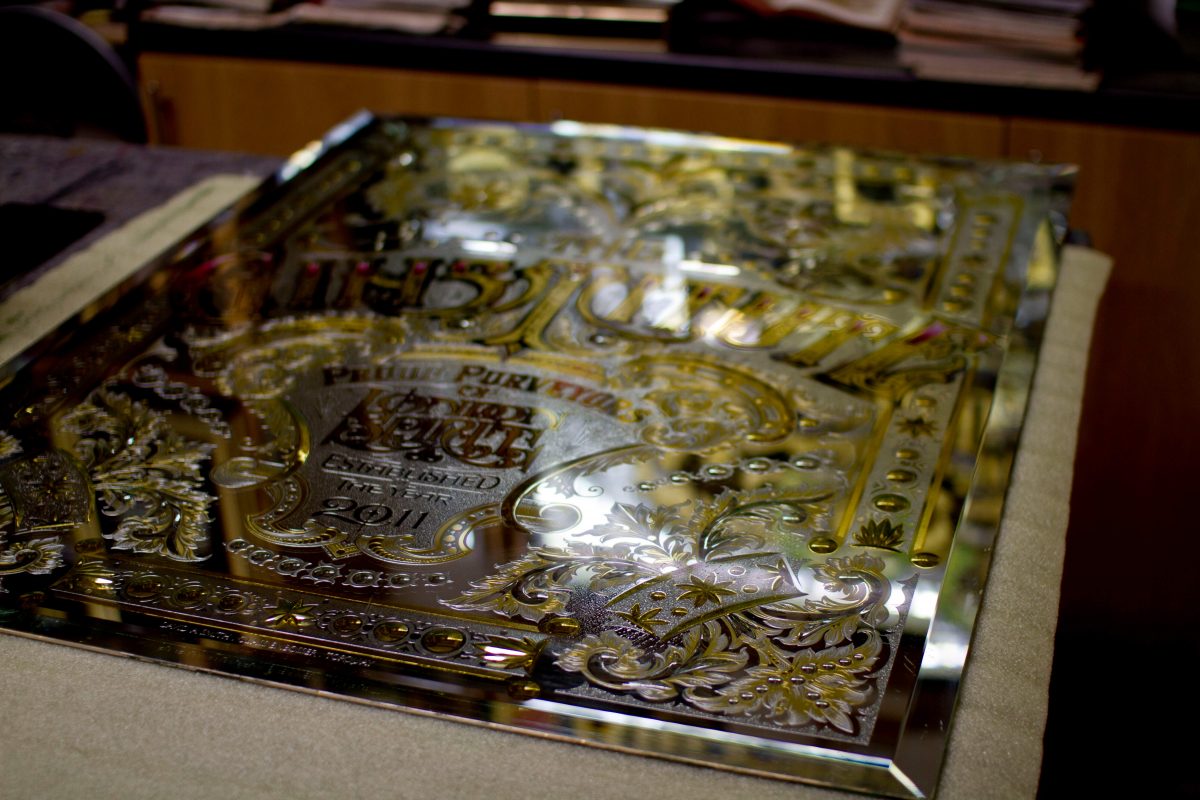 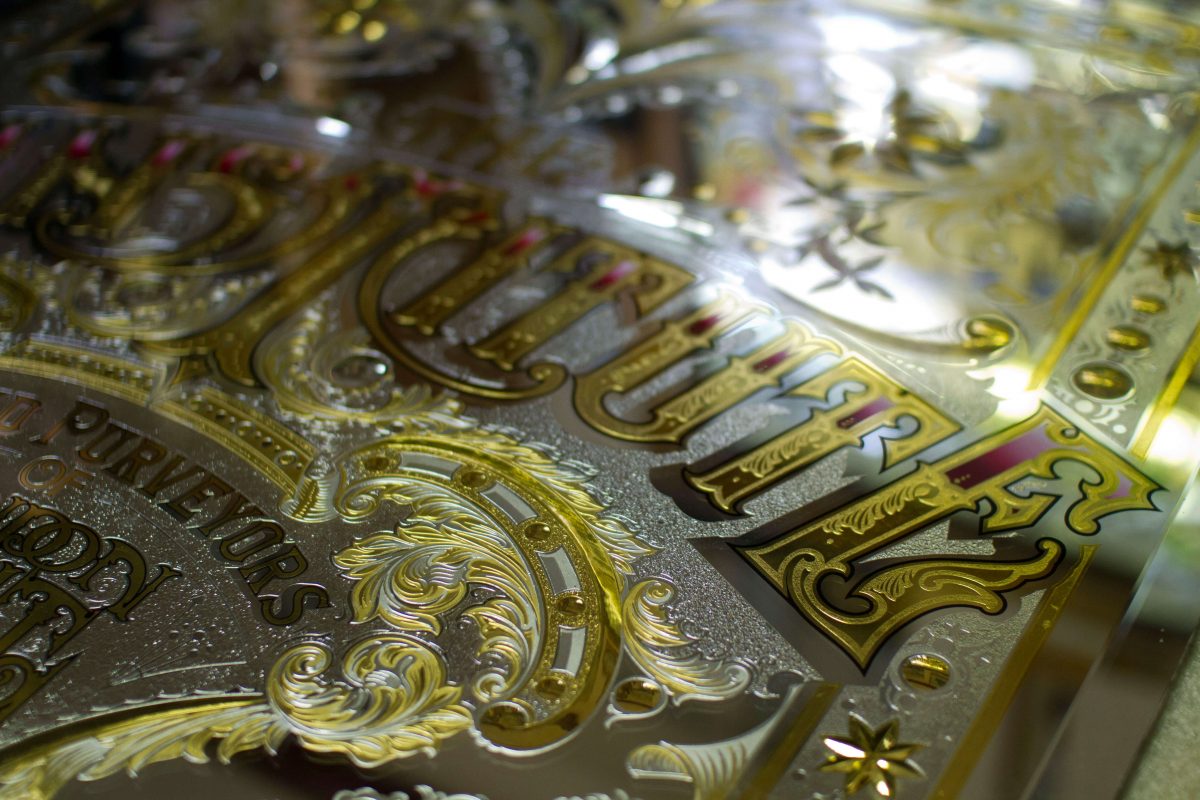 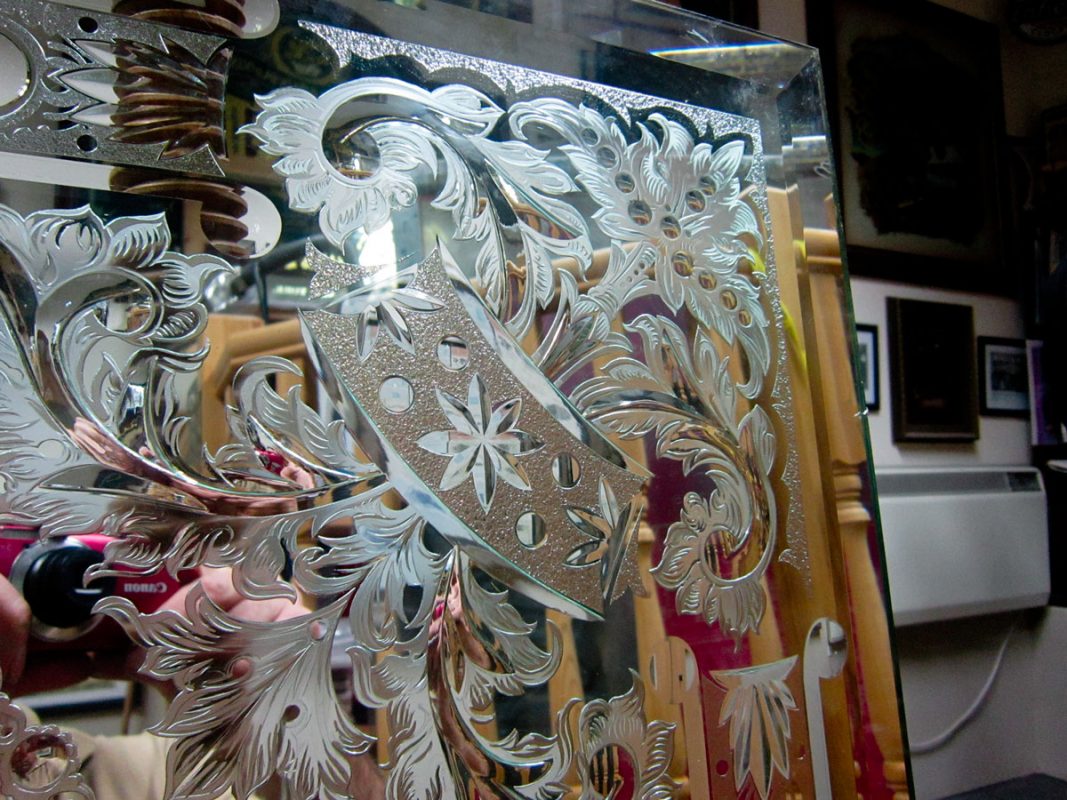 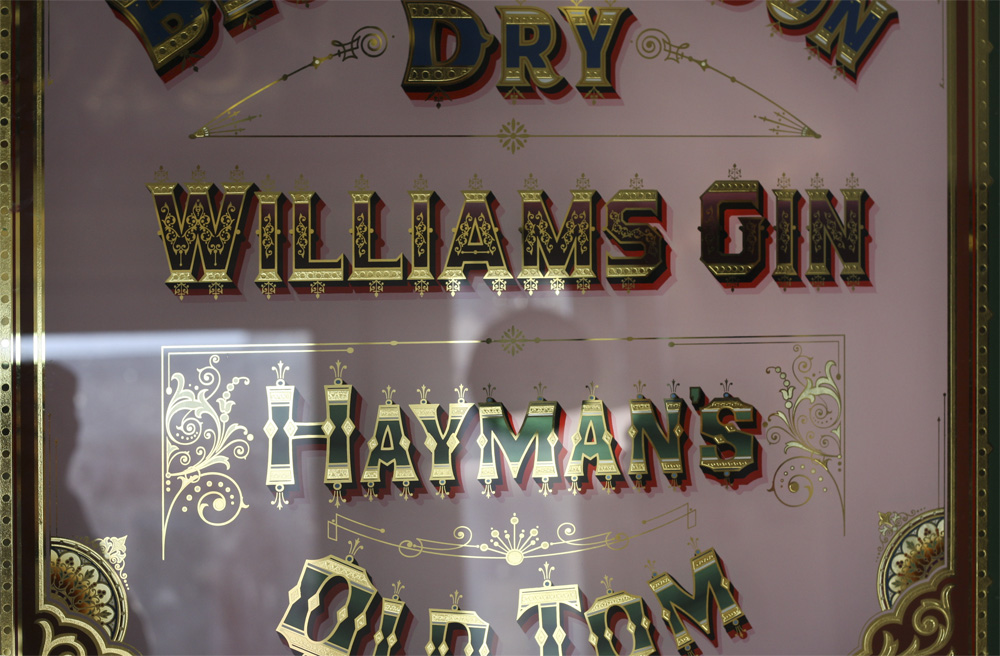 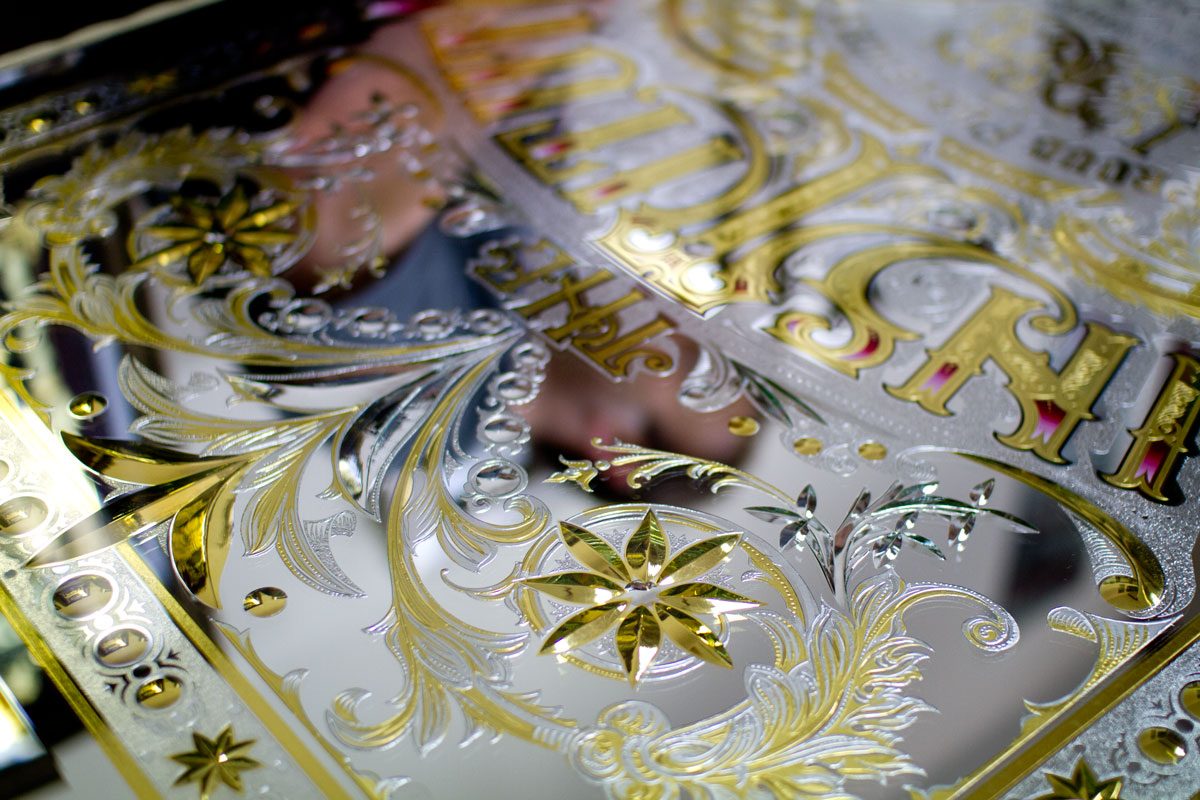 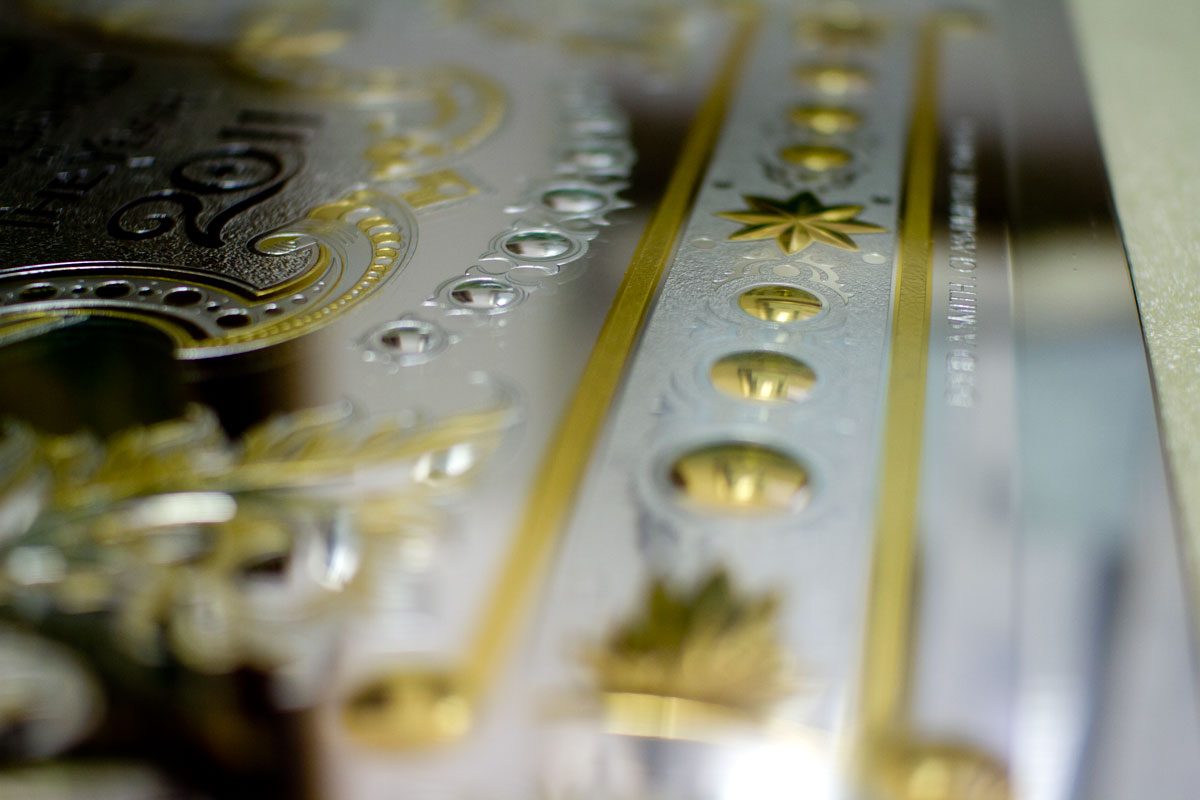 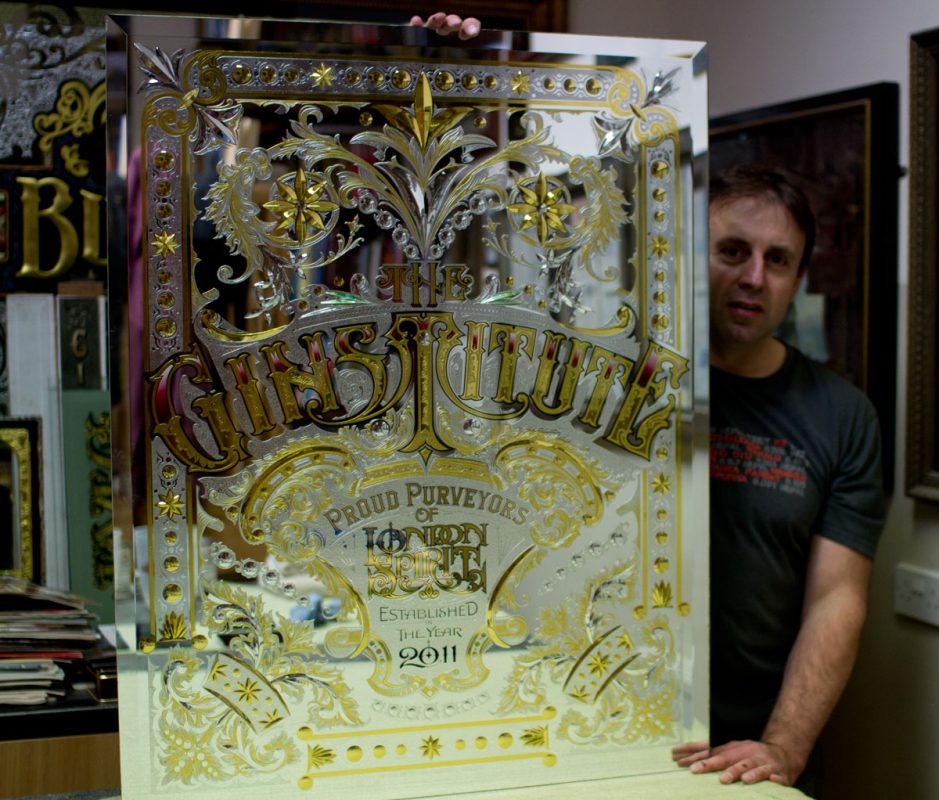 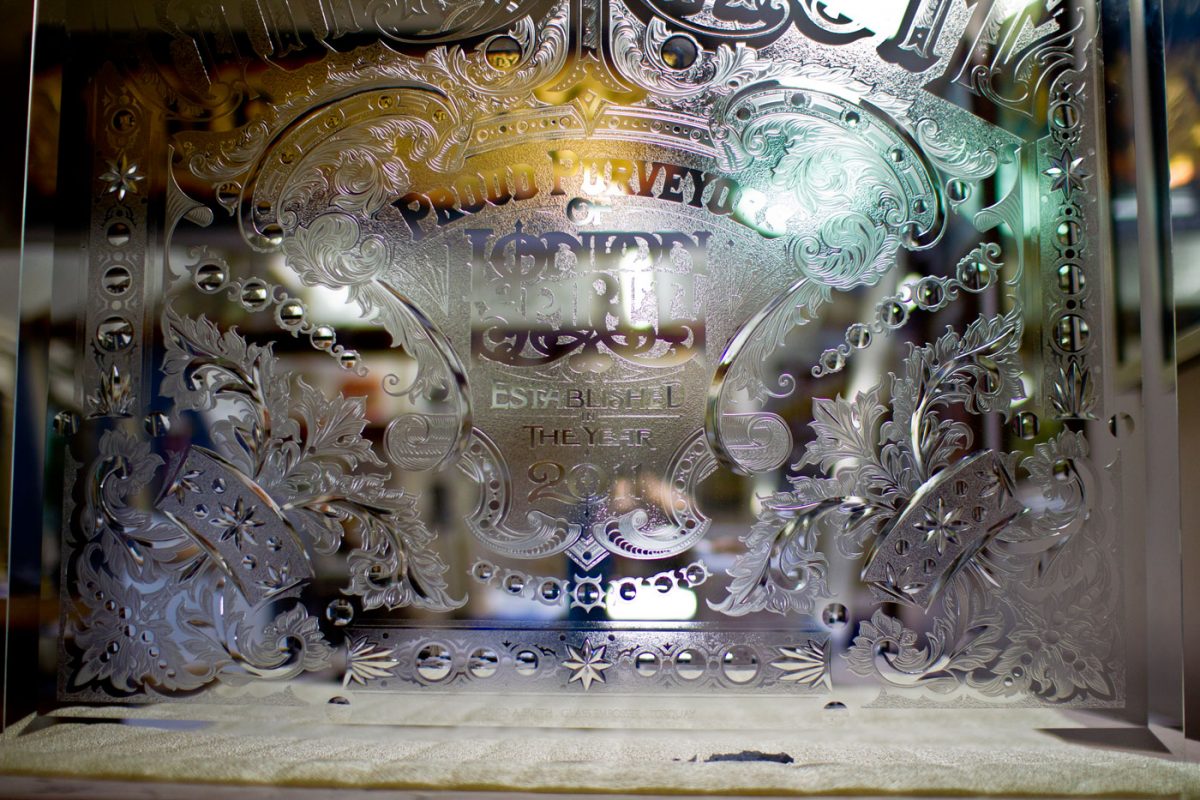 London's second smallest museum can be found above this Notting Hill bar. The museum has included a vintage copper still, Prohibition-era bottles of the stuff and antiquarian cocktail books. It also contains the Ginstitute, where Mr Jake F Burger holds well-researched classes on the subject.

Lubricated by several glasses of Tom Collins, students learn about the history, the botanicals used to flavour gin, and create their own blend to take away in a personally signed bottle.

These three gilded opulent glass signs were made to give the atmosphere of a traditional London bar, common throughout London at the turn of the century.

The craftsmanship in these panels were all hand created using traditional methods from the Turn of the Century.