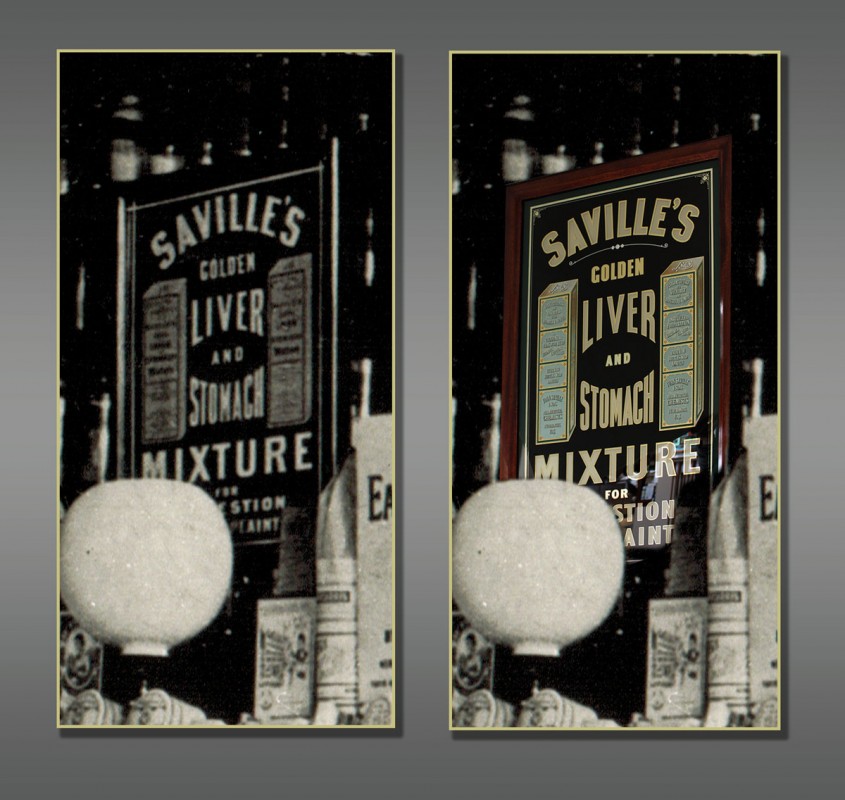 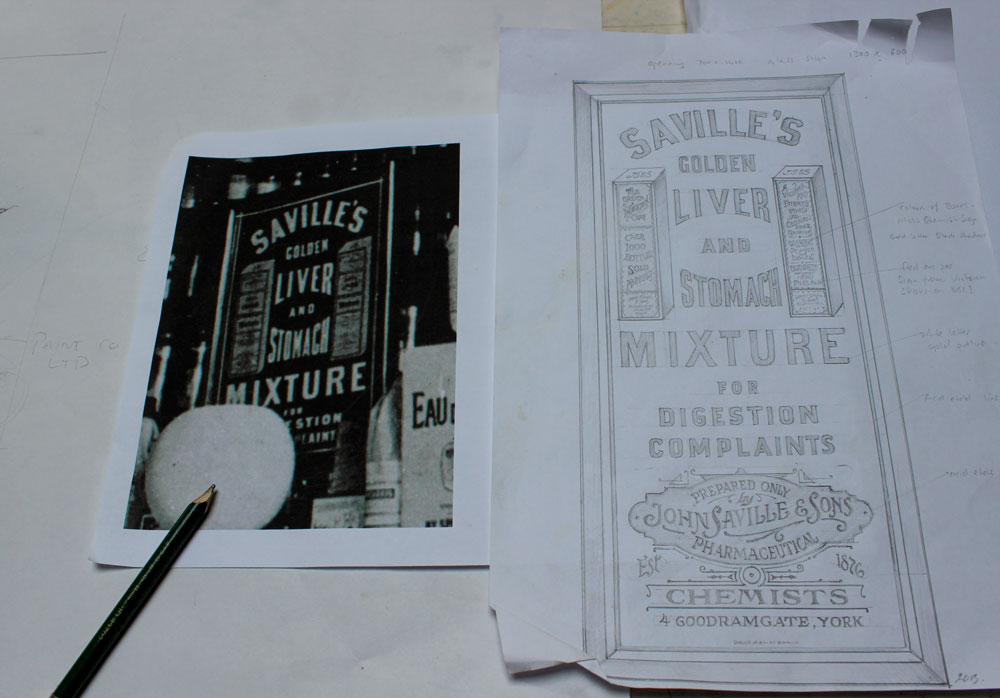 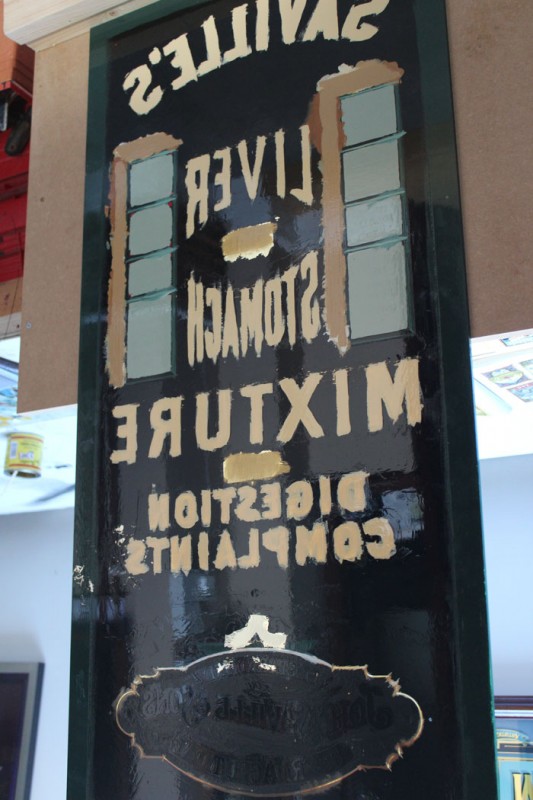 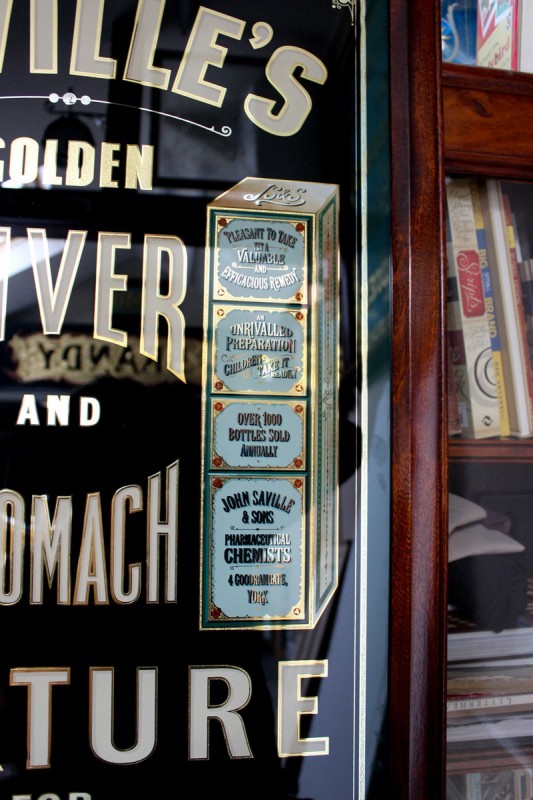 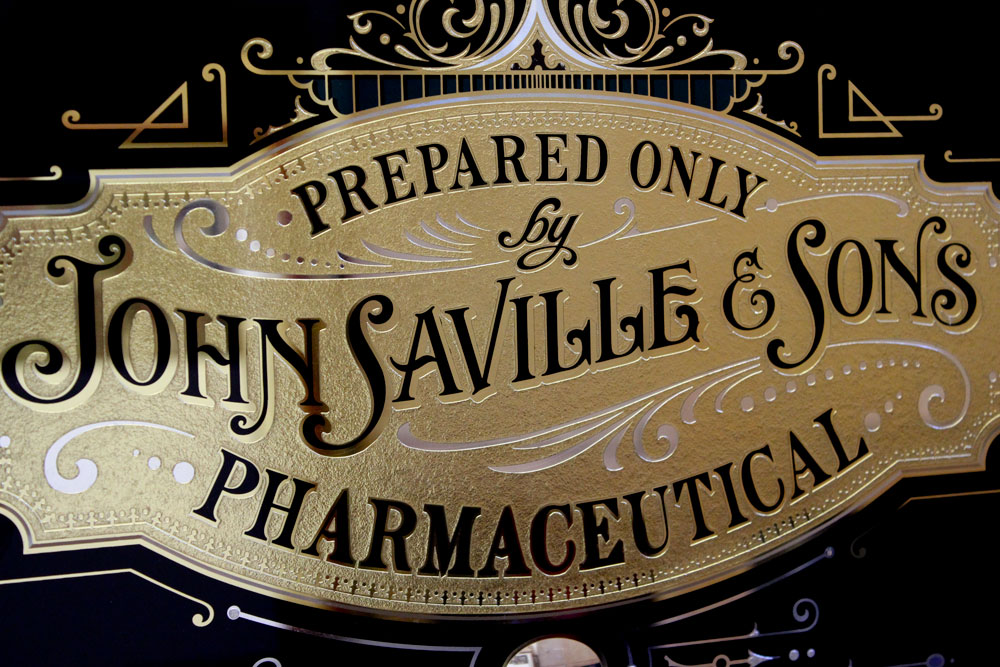 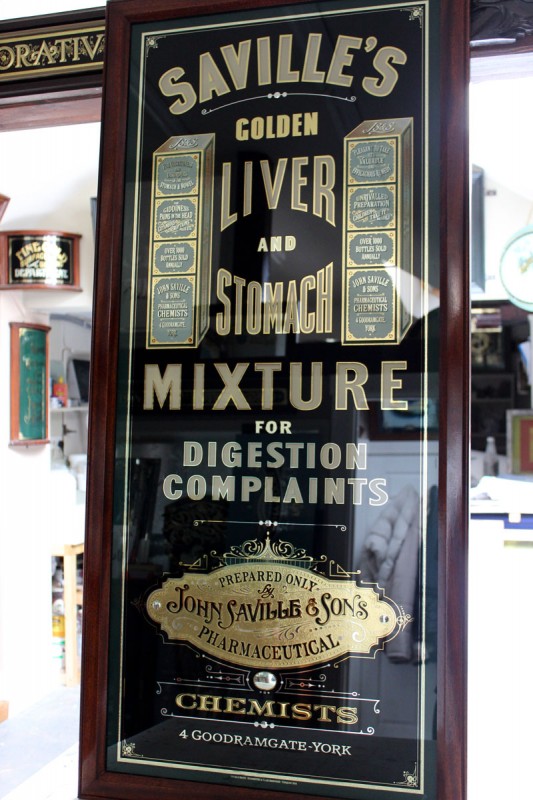 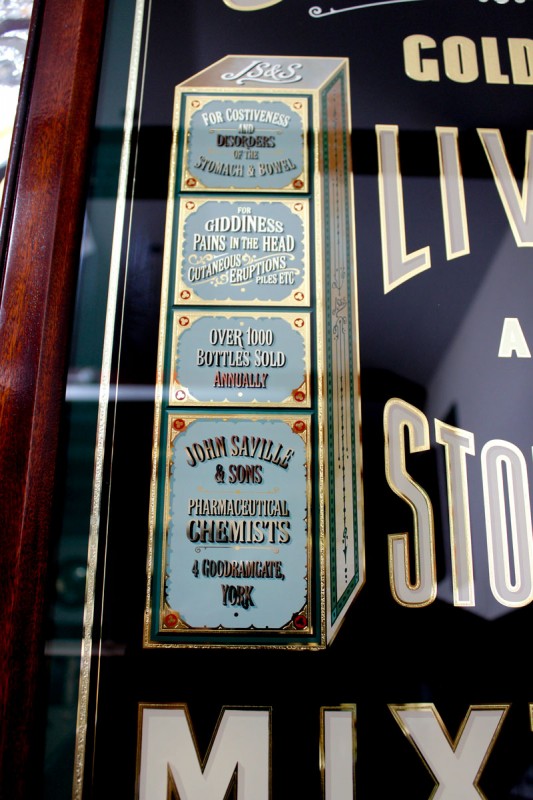 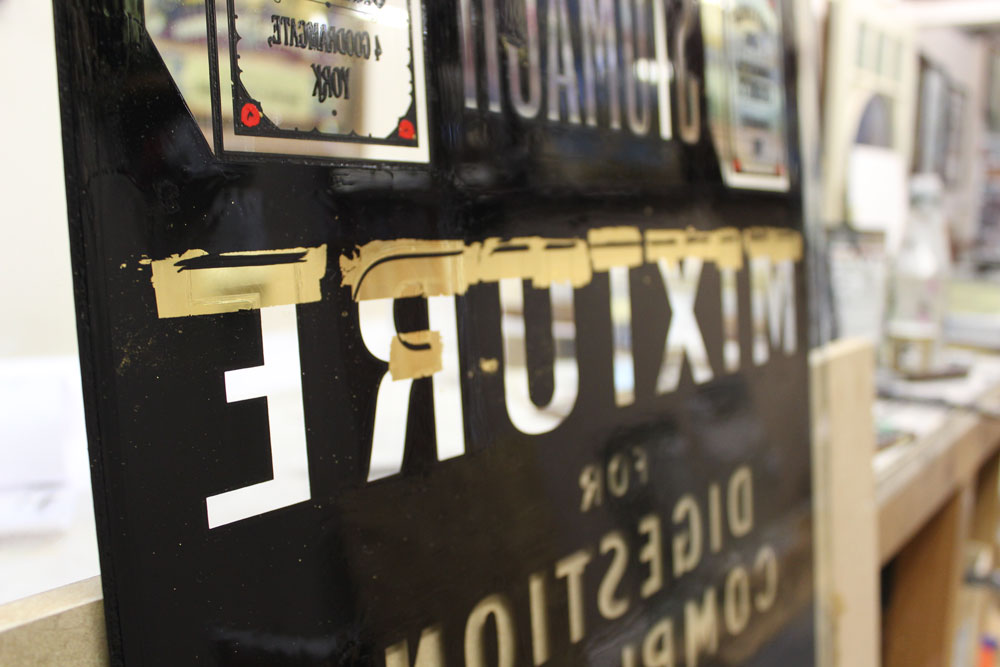 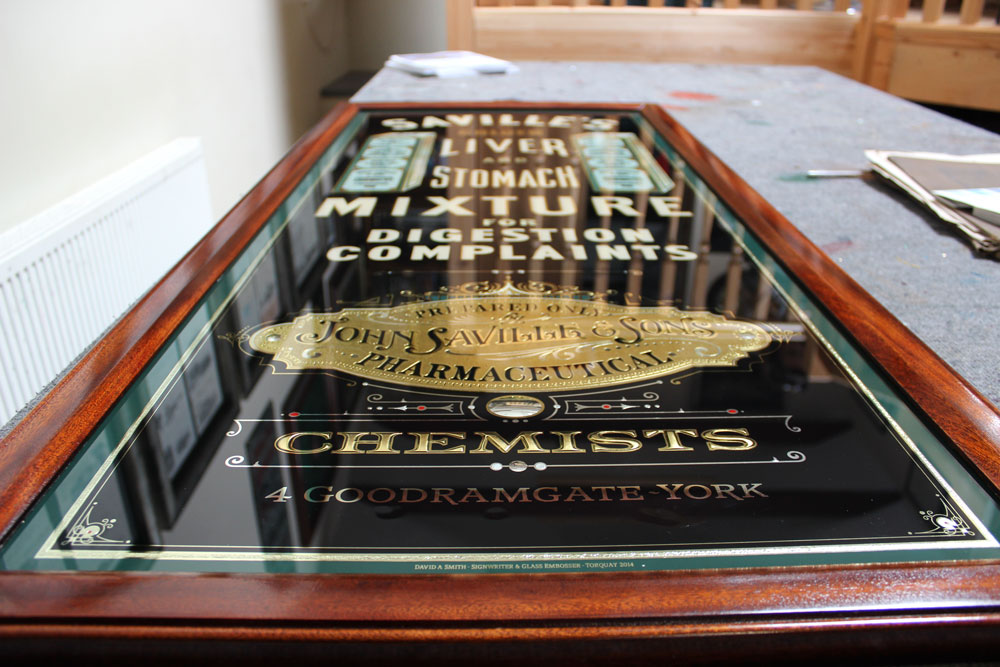 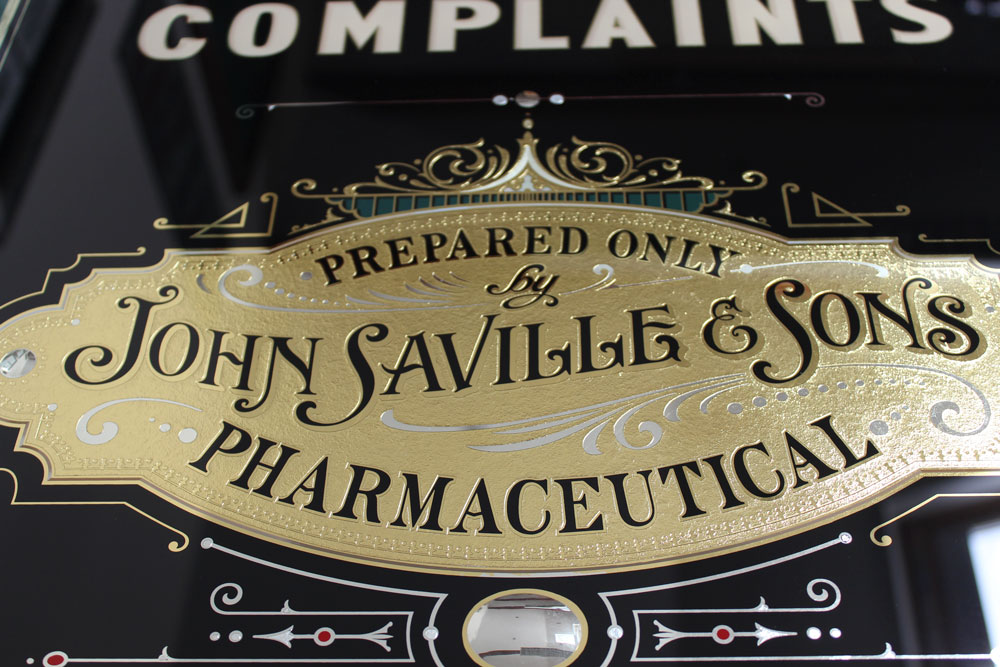 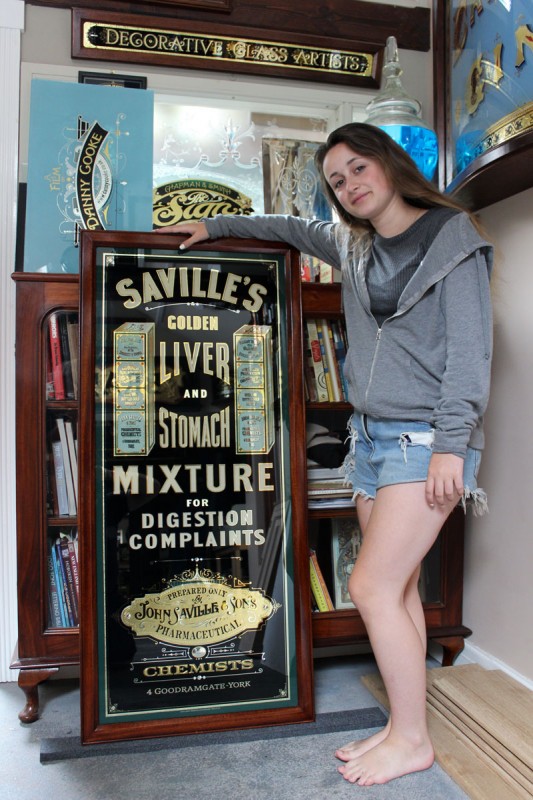 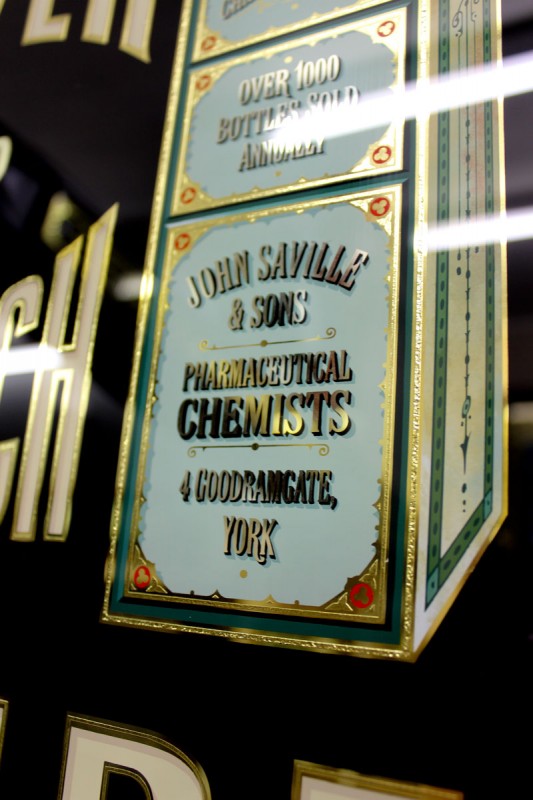 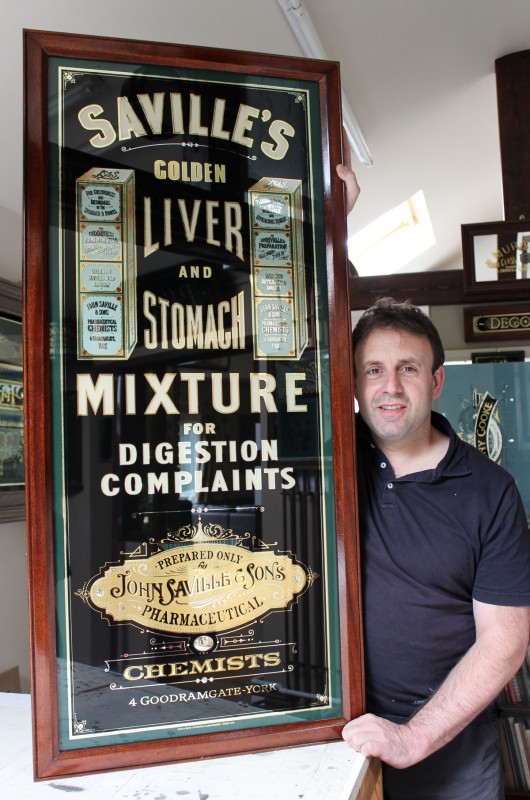 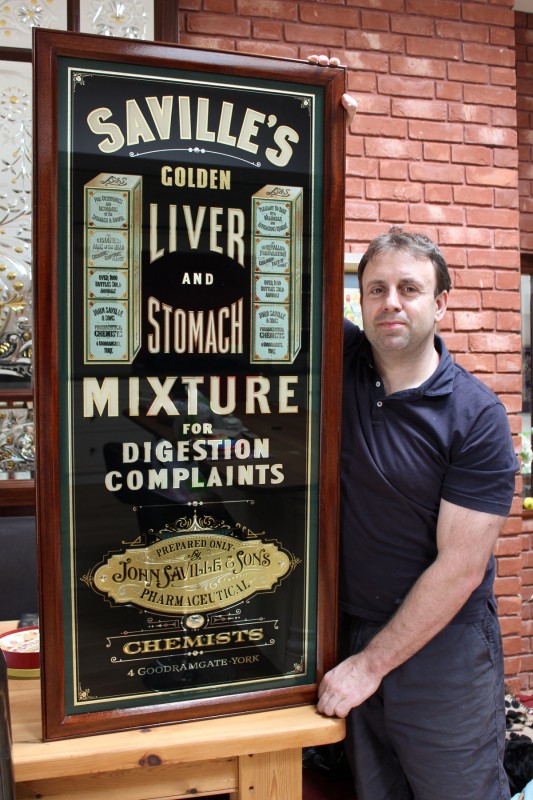 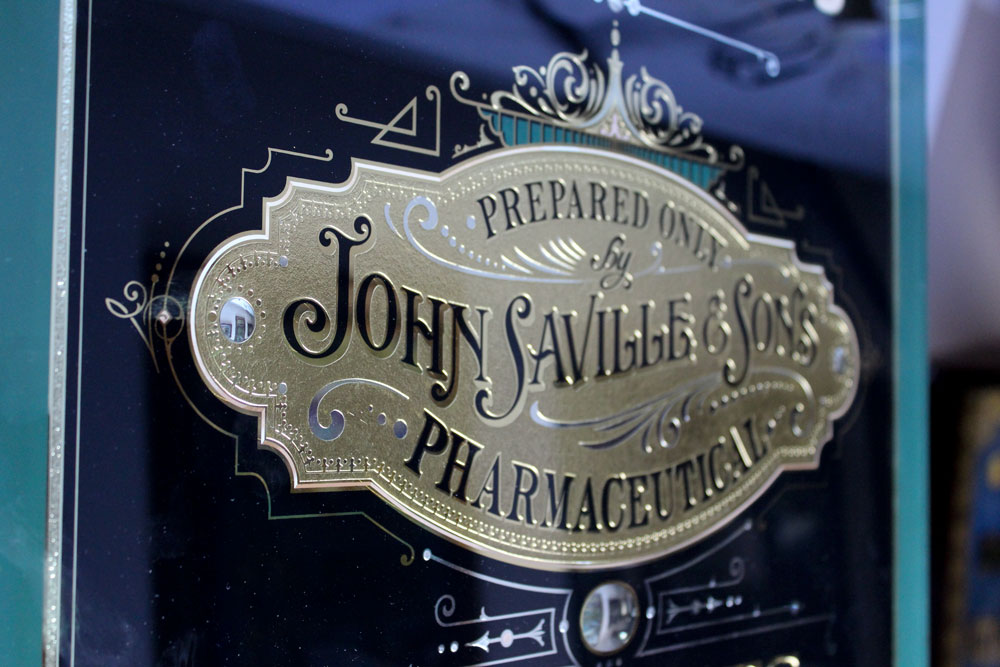 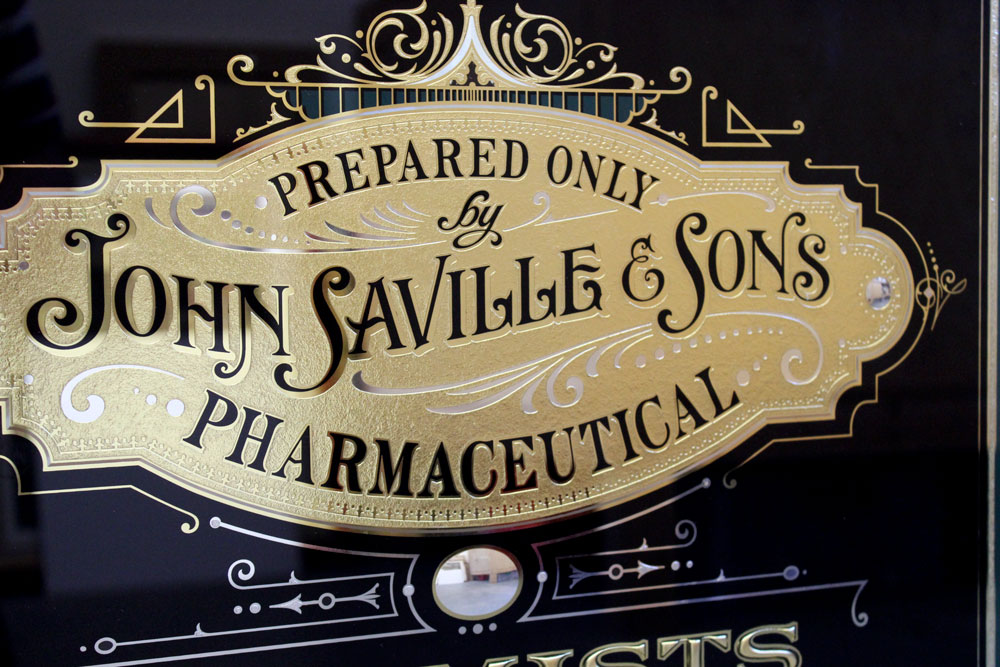 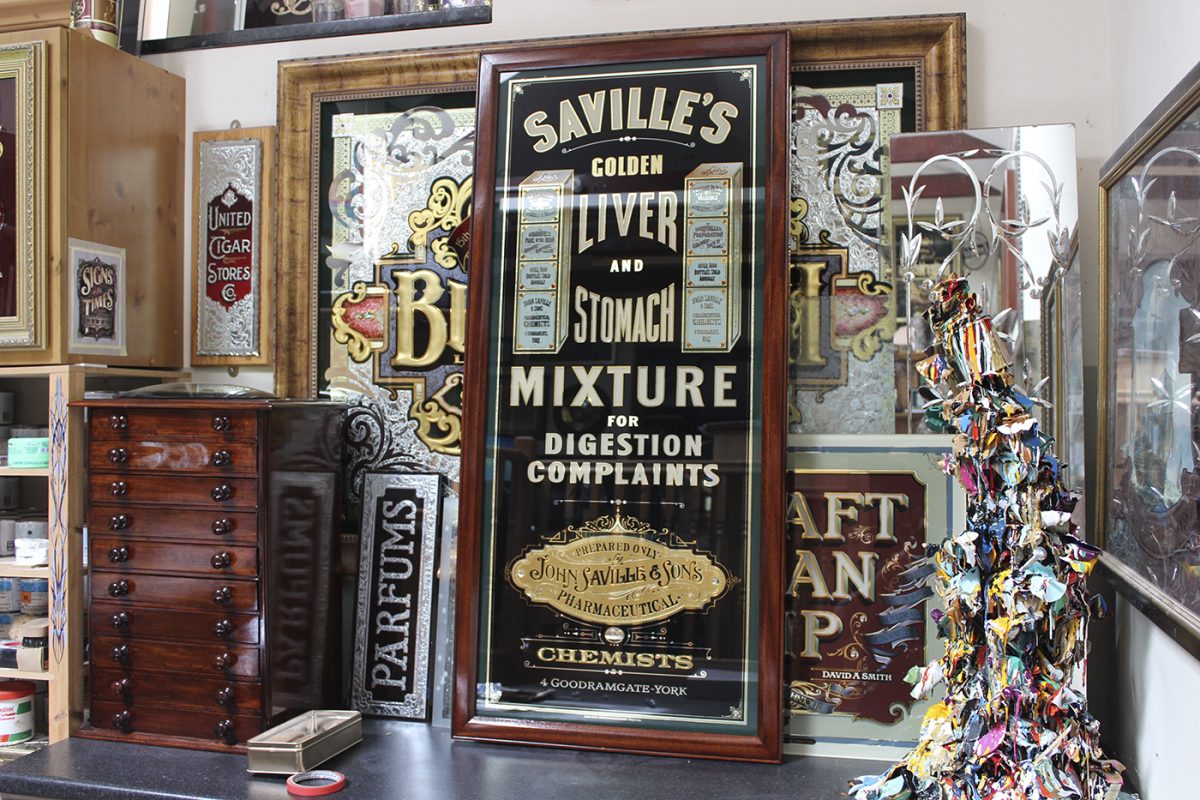 John Saville [1834-1926], was a native of Sheffield. His father of the same name was for many years proprietor of the Red Lion Inn in the market town of Howden in the East Riding of Yorkshire.

In late 2011, the York Castle Museum decided on the need to refurbish its famous long-established Victorian street, known as Kirkgate, and originally created in 1938 and now an iconic part of the Museum, comprising a cobbled street, hansom cab, as well the original facades and recreated interiors of several shops and emporiums, together with a police cell and Victorian schoolroom. Several of the shops have taken the names of long-established York businesses such as Banks Music, Sessions Printers and Terry's sweet shop, so it was with considerable excitement that the decision was made to resurrect the Saville name alongside several other new shops, and to recreate the interior of the druggist's and chemist's premises as it would have looked at the turn of the 20th Century.

With the assistance of local historian and former Saville's Photographic employee, Peter Stanhope and with the backing of Saville family members & the then curator, wendolen Whittaker, the interior of an original Victorian druggist's & chemist's premises in Kirkgate was wonderfully recreated. Features include an impressive high counter, tiers of original Victorian mahogany shelving forming a striking backdrop to the counter itself and upon which are displayed a striking array of original Victorian tallboys and chemist's jars, with incomprehensible latin drug names adorning each of their fronts. Copies of original Victorian Saville labels add an important aura of additional authenticity to many of these.

In June 2012, the newly refurbished Kirkgate was re-launched amid much public excitement & enthusiasm.

Whilst looking through the family archives in preparation for the above, we came across an old photograph of the original interior of the Goodramgate premises, probably taken circa 1900. The counter is piled high with an assortment of drugs and neatly packaged products. My great grandfather, Walter Perfect Saville, stands to one side, his assistant to the other. Behind the counter, hanging on the back wall of the shop can be seen a wonderful piece of original late Victorian advertising art – a large engraved glass, its fine lettering and decorative embellishments promoting the efficacious benefits of one of the business's longest lasting and most popular products, Saville Golden Liver & Stomach Mixture.

So it was that we were fortunate to make contact with David Smith in Torquay, one of the few craftsmen with the skill and ability to enable us to recreate (as far as was possible from the information provided in the photograph) that now sadly long lost piece of original Victorian advertising art. This wonderful piece will put the final & definitive Saville stamp on the York Castle Museum's chemist's and druggist's premises in Kirkgate and provide something as close to the Victorian original as is realistically possible, not least in using the same labour-intensive techniques, skills and craftsmanship of those late Victorian engravers and glaziers. It is a beautifully designed work by a truly unique modern artist and craftsman.